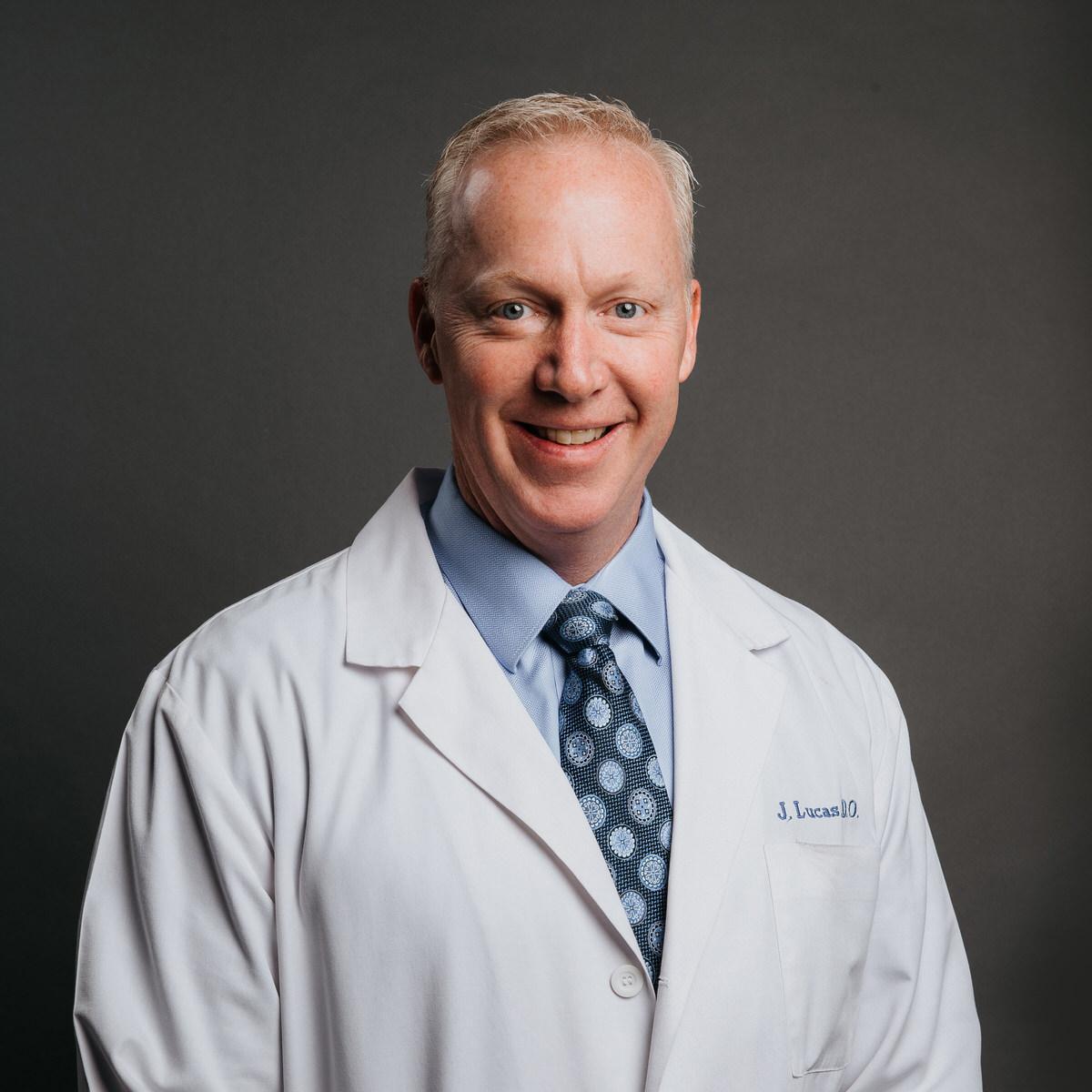 Jason C. Lucas D.O., M.S. came to Orthopedic Associates to practice orthopedics in 2004 after completing a sports medicine, shoulder and knee fellowship in Los Angeles, California. He felt there was a medical need in the four corners and has enjoyed tremendously the community since his arrival. His areas of specialty include total knee and shoulder replacement as well as arthroscopic knee and shoulder surgery. He also specializes in sports medicine injuries and surgery as well as general orthopedic conditions and fractures.

Dr. Lucas had an inclination toward medicine since he excelled in science and anatomy. The decision was finalized when he tore his anterior cruciate ligament during high school and spent many visits with an Orthopedic Surgeon. During his medical school training he felt the technical aspects of surgery to come naturally and his desire to become an orthopedic surgeon was fulfilled.

Dr. Lucas received his undergraduate and masters degree from Brigham Young University. He received his Doctor Osteopathic Medicine at the University of North Texas Health Science Center in Fort Worth, Texas in 1998. He graduated as senior class president. He completed an internship and orthopedic surgery residency at Doctors Hospital in Columbus, Ohio in 2003. He completed a sports medicine, shoulder, and knee fellowship at LA Orthopedics in 2004

He is married with three sons and in his free time enjoys exercising, golf, outdoor activities, serving his community and church. He enjoys covering various high schools in the community during football season reflecting on the old “glory days”. He also enjoys the excitement of raising three sons with a wonderful wife.